James Crane is an Assistant Professor of English. He has a B.A. from Grinnell College and an M.A. and Ph.D. in English Language and Literature from the University of Michigan-Ann Arbor, where he specialized in 18th and 19th century literature, gender studies, and theories of genre. Before arriving at CSS, James taught at the University of Michigan, Albion College, and Loyola University Chicago. His research interests include early American literature, nineteenth-century literature, and transatlantic studies. At CSS, he teaches courses in literature and writing.  James writes about early American literature and transatlantic Romanticism. He is at work on a book about seafarers in American and British literature. William Hodapp is a Professor of English. He holds a Ph.D. in English language and literature from the University of Iowa, an M.A. in English from Minnesota State University, Mankato, and a B.A. in Humanities from Saint Mary's University. He has worked at the College since 1994, teaching a range of writing, literature, linguistics, and honors courses. He has also taught in the College's Irish Studies Program in Louisburgh, Ireland, four times (2000, 2006, 2011, 2018). In 2001 the Student Senate awarded him the Tassie McNamara Award for service to students; in 2001-2002 he was a visiting scholar at Wolfson College, University of Cambridge; and in 2012 he was a National Endowment for the Humanities Summer Scholar, participating in a seminar on the early printed book held in Antwerp, London, and Oxford. From January through May, 2015, he was a US Fulbright Scholar to the United Kingdom, working at Durham University, Durham, England. He received the CSS Excellence Award in Scholarly and Creative Activity in 2015.

Bill's research and writing center on medieval and early modern languages, literature, and culture and on cinematic medievalism. Since 1990, he has presented more than ninety papers and lectures at academic conferences and universities in the United States and in Europe and has published thirty journal articles and book chapters and fourteen reviews. In his book The Figure of Minerva in Medieval Literature (Boydell & Brewer, 2019), he examines appearances of the Roman goddess of wisdom in ancient and medieval literary texts. Currently, he is working on two projects: the first dealing with James I of Scotland's narrative poem The Kingis Quair; the second, with connections between liturgy and medieval drama. He serves as referee for several academic journals and has guest-edited issues for three: Studies in Medieval and Renaissance Teaching, Enarratio: Publications of the Medieval Association of the Midwest, and Listening: Journal of Religion and Culture. Bill coordinates the College's minor in Medieval and Renaissance Studies. Associate Professor Stephanie Johnson is Chair of the English Department and Director of the College's Honors Program. She holds a B.A. from St. Olaf College, an M.A. from the University of Minnesota, and a Ph.D. from the University of Washington. Before joining the faculty in 2010, she taught at the University of Puget Sound and Valparaiso University, where she also held a Lilly Postdoctoral Teaching Fellowship. She teaches nineteenth- and twentieth-century British literature, literature by women, and writing, and co-leads the Arts and Culture study abroad experience in London every other year. Her publications include articles in Victorian Literature and Culture, Victorian Poetry, and Literature and Theology, and the co-edited essay collection Cultivating Vocation in Literary Studies (Edinburgh University Press, forthcoming January 2022). 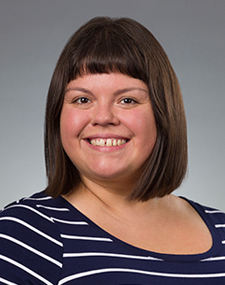 Dr. Lupe Linares is an Assistant Professor of English. She earned her B.A. at Marlboro College and holds both an M.A. and Ph.D. from the University of Nebraska-Lincoln. She teaches courses in Ethnic American Literature and writing, and her scholarship focuses on Chicana/o fiction. She is also a creative writer, and her literary nonfiction appears in Beautiful Flesh: A Body of Essays, which won the 2018 Colorado Book Award for Best Anthology. 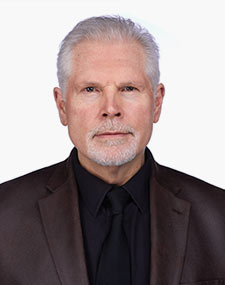 Dr. Kevin A. Quarmby, Rose Warner Professor and Associate Professor of English in the School of Arts and Letters, is Editor of the Shakespeare performance review journal, Scene: Reviews of Early Modern Drama, based at the University of Victoria, BC. Prior to his academic career, he was a professional stage, television, and film actor.

Dr. Quarmby was awarded a PhD in English (Shakespeare and Early Modern Drama) by King's College, University of  London, and is a Fellow of the Royal Society of Arts. He won the King's College 'Inglis Prize' and gained full Arts and Humanities Research Council funding for his doctoral research. During his graduate studies, he taught English Renaissance Literature at King's College, followed by University of Notre Dame, St. Lawrence University, and University of California courses, all for their London study-abroad experiences.

On completing his PhD, Quarmby was invited to teach at Shakespeare's Globe Theatre, London, as a Globe Education Lecturer, as well as offering study-abroad Shakespeare courses for Florida State University, Drexel, and Temple University.

As Associate Tutor for the University of Sussex's English and Drama Department, Quarmby workshopped and directed a production of Ben Jonson's Masque of Queens. He also taught Emory University's Summer Program at the University of Oxford, and was Guest Lecturer at Homerton College, University of Cambridge, teaching Restoration and Long Eighteenth-Century Drama. In the Fall of 2012, Quarmby was offered an assistant professorship at Oxford College of Emory University, and in 2017 accepted his present post at The College of St. Scholastica in Duluth, the place he now calls home.

Away from the 'physical' classroom, Quarmby is passionate about digital scholarship and social justice. His Shakespeare classes regularly invite outside participants to join his students, while also interacting with academics and practitioners from around the world. During his three-year tenure as Distinguished Visiting Scholar (2011-2014), he received tremendous support from the Claus M. Halle Institute for Global Learning based at Emory University, GA.

In Global and Local Myths in Shakespearean Performance (Palgrave Macmillan 2018), Quarmby analyzes “Shamanistic Shakespeare: Korea’s Colonization of Hamlet,” while in The Arden Research Handbook of Shakespeare and Social Justice (Bloomsbury 2020), he addresses “‘Shakespeare in Prison’: A South African Social Justice Alternative,” and Shakespeare's importance as an educational tool for preventing recidivism.

Quarmby's latest publications, both appearing in 2021, are essays entitled “PPE for Shakespearians: Pandemic, Performance and Education,” for the Cambridge University Press annual edition of Shakespeare Survey, Volume 74, which analyzes how alternative performance technologies translate into the Shakespeare classroom, and “Anti-Shakespeare Rhetoric and Colombia’s ‘Theatre for Peace’,” for Shakespearean International Yearbook, which studies the significance of Shakespeare in post-conflict Colombia for countering gender-based violence. Quarmby is grateful to The College of St. Scholastica for supporting his research and published scholarship and for recognizing the social justice imperative at its core. Ryan Vine is the author of To Keep Him Hidden (Salmon, 2018; 2nd ed. 2019), winner of the Northeastern Minnesota Book Award, and the chapbooks WARD (Texas Review Press, 2021) and Distant Engines (Backwaters Press, 2006), winner of a Weldon Kees Award.

His honors include the Greensboro Review’s Robert Watson Poetry Prize, three McKnight/ARAC Career Development Grants, an Artist Initiative Grant from the Minnesota State Arts Board, a Walter E. Dakin Fellowship in Poetry from the Sewanee Writers' Conference, and he has been a finalist or nominee for numerous others, including—selected by US Poet Laureate Robert Pinsky—the Dorset Prize.

Suzanne Yunis (Ph.D., Case Western Reserve University) is Associate Professor of English at the College of St. Scholastica, where she has taught since 1989. From 1997 to 2000 she was director of White Water Writers Workshop at the Institute for Writing and Thinking at Bard College in Annandale-on-Hudson, New York. From 2000-2015 she was co-director of Imagining History, a grant project in northern Minnesota which enabled her to guide local teachers through family reminiscence, historical research and writing. Through this experience she witnessed the healing power of writing and sharing stories, and saw how narratives detailing family trauma and triumph could move writers toward a measure of peace and their audiences toward compassion. More recently, her participation in “The Examined Life Conference,” held annually at the University of Iowa Carver College of Medicine, has reinforced her belief in the therapeutic efficacy of both literature and personal writing in the healing professions. In the Health Humanities Program, she helps students and future healthcare professionals find the words, sentiments and narrative arcs to shape stories that wrestle meaning from pain—their own and their patients’.