Lori has served as COO, CFO and Vice President of several startup entrepreneurial and mid sized companies. She has expertise in accounting, finance, human resources and strategic planning. She has the dual credentials of a Certified Management Accountant (CMA) and a Professional in Human Resources (PHR). Lori is actively involved in strategic planning and leadership issues. Kathy Modin, Chair for the Management Department in the School of Business and Technology.  She has served in various capacities over the past 18 years, including Director of Ethics Projects and Chair of the SB&T Undergraduate Extended Studies and Online Programs.  Her academic interests include Business Ethics and Corporate Social Responsibility, HR Management, Marketing, Training and Development, Continuing Education for adult learners, and Online Instruction. In her spare time, she enjoys hiking, biking, cross-country skiing, and reading biographies and historical fiction. 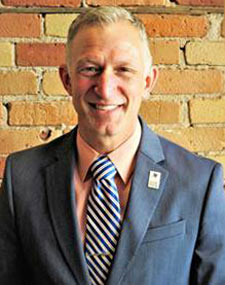 Roger J. Reinert is the Managing Partner of Reinert & Associates. His firm does legal and consulting work focused on local units of government and local elected leaders.  His motto is, “Helping local leaders do their best work”.

Reinert also recently served as the Interim Executive Director at the Duluth Entertainment and Convention Center.  In the role, he provided strategic direction, management, and fiscal oversight to an organization with a $12M budget, and 500 employees.  His leadership ensured the 1,000,000 sq ft regional asset survived the COVID pandemic.

Prior to earning his law degree, Roger spent 15 years teaching undergraduate political science, and graduate public policy classes.  In addition to his Juris Doctorate, he also holds Bachelors and Masters in Science degrees.

Reinert is also a Lieutenant Commander in the U.S. Navy Reserve, and has recently been selected for promotion to Commander.  He completed a one-year combat deployment to Afghanistan in support of Operation Resolute Support in 2019, and also spent the early part of 2020, leading a Navy COVID Crisis Action Team in Europe and Africa.

Roger makes his home in the Observation Hill neighborhood of Duluth, Minnesota.  He is a sailor, avid runner, and licensed pilot.